The Seven Passes Initiative is a registered Non-Profit Organisation (065-133 NPO) that has been working to prevent violence and support and improve youth education and opportunities in Touwsranten and the rural area surrounding Hoekwil (approximately 30 km from George) since 2008. We are building on our experience and good practice, and growing our work into new communities in the Garden Route of South Africa.

We are currently situated at the Rectory of the United Reformed Church in Touwsranten. At these premises we have offices as well as facilities for our educational and youth development programmes.

Our work is making a measurable difference in the lives of people who engage with our organisation.

More than 80% of the children in the community of Touwsranten attend after-school care daily at The Seven Passes Initiative.

Numerous children with learning difficulties learn to read and write.

Twenty young people who progressed through our programmes have attended tertiary education. Two of these young people have returned to Touwsranten from university with degrees: one is a teacher in the local school and chair of the Board of Seven Passes, and the other works for the organisation as a human resource officer and parenting facilitator.

Learner Sherolin Jumat has been attending homework classes consistently since primary school. In 2014 she was head girl of Touwrsanten Primary School. She now attends Parkdene High Scool where she was their top grade nine learner in 2016, achieving 88% in Mathematics, 93% in Economics and 99% in Biology. She says, “If it were not for the additional support from a young age at Seven Passes those results would not have been possible.”

Parent Rotricia Phiri says: “Applying the principles I have been taught is really working! It has not only alleviated the anxiety I felt in the past about parenting, but it has also improved my relationship with my daughter. I feel like a good and positive parent.”

Community leader Patricia Solomon says: “Now I have people knocking on my door all the time seeking support, guidance and care. They are curious about the positive parenting sticker I have on my door, and the shirt I wear with pride. I know people look up to me in the community and that is encouraging. I am truly grateful to Seven Passes for believing in me and supporting me.”

This CBO which is deeply rooted in our community and is bringing measurable positive change to our people.

Gang violence has ended altogether in the district of Hoekwil. 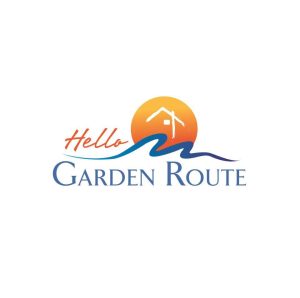 Thank you for contacting us. We'll get in touch with you shortly.